A telephonist with the Post Office department, he celebrated his 20th birthday in France where he was deployed to establish and maintain communication services with the 1st Australian Field Artillery Brigade. He returned a much-decorated soldier.

His war diaries describe the voyage on board the RMS Osterley from Sydney to Egypt in 1916, and his experiences in the Western Front as a gunner and a linesman. 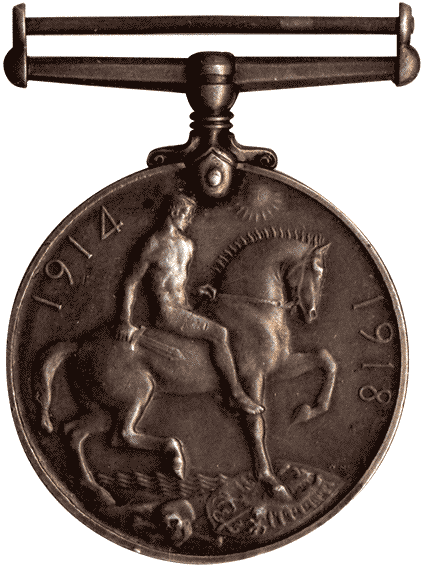 James saw active service in France and Belgium. He became proficient in the use of semaphore, flags and signal lamps, Morse code buzzer or heliograph, as well as field telephones and switchboards. His duties as a gunner also included exercising and feeding the horses, subbing as a kitchen orderly, as well as relieving in the firing lines.

He was awarded the Military Medal for his actions on 28th June 1918, near Merris in Northern France.

In July 1918 Gunner Toohey was awarded the Military Medal for his courage and devotion to duty and, in October of the same year, was recommended for the Distinguished Conduct Medal (DCM).

James was engaged on the upkeep of communications between the forward Artillery Observation posts and Battalion Headquarters. Through a heavy artillery barrage he displayed great bravery and ability.

For three hours he kept the lines of communication open assisting in the success of the operation.

You can see the complete digitised record of James' recommendation for the Distinguished Conduct Medal at the Australian War Memorial website. 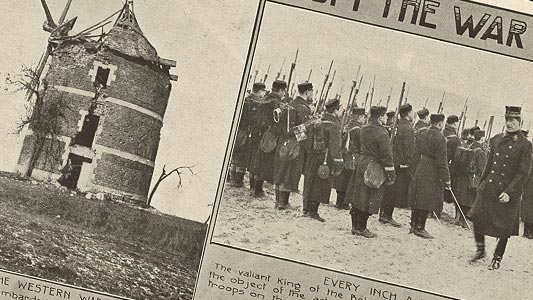 Queenslander Pictorial, supplement to The Queenslander, 15 August, 1914. From the War Zone, Caption: From the western war area. A much bombarded old windmill near Armentieres. Photo by Wyndham.Caption: Every inch a king. The valliant king of the Belgians, the idol of his country, and the object of the admiration of the world, inspecting his brave troops on the sands of a Belgian coast town. Central News - photo. Image No: 702692-19150306-0021

James, seemingly both romantic and pragmatic, began one page of his notebook with stirring poetry:

immediately following it with a, presumably medicinal, brandy recipe:

"One bottle best Australian Brandy. Pour out about 3 inches and fill the bottle with common salt. Shake for ten minutes. Let stand for 12 hrs then every morning take 1 tablespnful with four or six of boiling water. Drink as hot as possible fasting."

After the war James Toohey worked as a postman in the Greenslopes and Coorparoo areas of Brisbane before retiring at the age of sixty. He married Nora Burke in 1924 and had ten children.

James was one of the Queenslanders featured in the Distant Lines exhibition in the SLQ gallery. 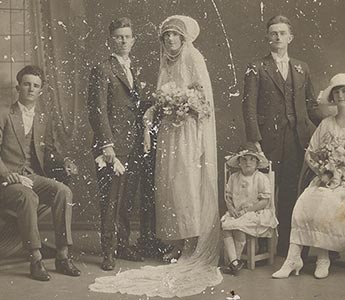 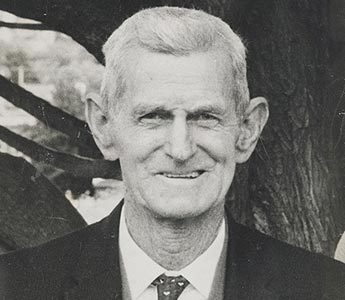