At least 1,250 answered the call to enlist, but to do so they had to overcome the racial prejudices of the day, as well as official State and Commonwealth policy which denied them even the most basic rights enjoyed by other Australians.

The Act denied them the basic rights of citizenship, and restricted their movements and activities without the written permission of the Chief Protector or his agents. The Defence Act (1909) also excluded ”those who are not of substantially European origin or descent”.

Despite these impositions, when war was declared many Indigenous Queenslanders tried to enlist, for a variety of reasons. For some it was a chance to escape mission life and earn a wage; others saw it as an opportunity to prove their worth as loyal Australians and hopefully gain legal recognition at the end of the war. Still others were motivated by genuine feelings of loyalty to country and empire, while for some it was the chance to see the world and participate in the great adventure of war. 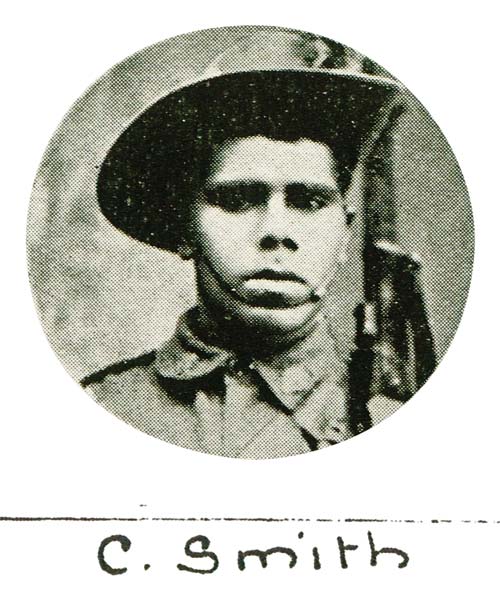 The response of medical officers assessing these eager young recruits ranged from outright rejection, to indifference, to turning a blind eye provided the recruit wasn’t too “Indigenous looking”. At least 38 Indigenous servicemen served in the 1915 Gallipoli campaign.

By May 1917 the massive losses on the Western Front caused the Commonwealth government to amend the Defence Act so that “half castes may be enlisted in the Australian Imperial Force provided that the examining Medical Officers are satisfied that one of the parents is of European origin”. While this led to a rise in the recruitment of Indigenous servicemen, it did not guarantee them any of the rights enjoyed by returning soldiers after the war, such as citizenship, entitlement to soldier settlement holdings, or the privileges of membership of the Returned Soldiers League. 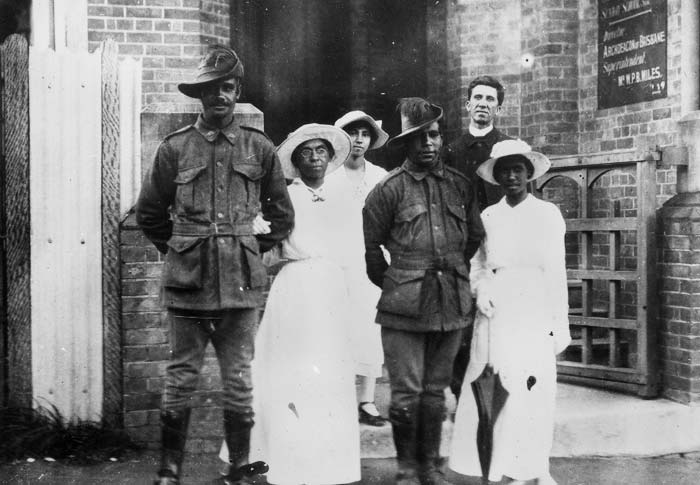 Ironically many Indigenous soldiers found an acceptance within the army that was denied them in civilian life, and at least twelve men were awarded military decorations for gallantry in action, including the Distinguished Conduct Medal and the War Medal.

Indigenous Queenslanders served in all branches of the army – most notably the 11th Light Horse – and in all the major campaigns fought by the Australian Imperial Forces. Yet they shared little of the recognition accorded their fellow soldiers, and upon their return from active service returned to the guardianship of the Chief Protector. For most, despite their loyalty and sacrifice, nothing had changed.

The webinar provides an opportunity to reflect on the service of Aboriginal and Torres Strait Islander men and women in Australia’s Defence Forces. The session will explore the lack of recognition of Aboriginal soldiers following WW1 and the contemporary nature of remembering through events such as the Indigenous Diggers Remembrance Service held at the Jebbribillum Bora Ground, Burleigh Heads.

State Library has identified First World War Indigenous servicemen who were born, lived or enlisted in Queensland, among the soldier portraits published in The Queenslander Pictorial, a weekly supplement to the Brisbane Courier. A complete list remains a work in progress, as we continue to discover and confirm Queensland’s Indigenous soldiers 1914-1918. These portraits can also be found on HistoryPin.

Aboriginal and Torres Strait Islander material is accessed and used in accordance with State Library's Protocols for Aboriginal and Torres Strait Islander Collections. Please note that in some communities this material may be culturally sensitive. Words and descriptions used in the past but considered inappropriate today may cause sadness or offend some people. Images depict Indigenous people who are now deceased.